This week I came across a very interesting Ted Talk where the speaker, Dr. Daniel Amen, described the importance of brain imaging in psychiatric diagnostics. I was quite enjoying myself until he said that using behavior therapy for a patient with violent behavior “would be cruel”. I have worked with behavior therapy for people with aggressive violent behavior for over ten years, and I believe that my work has helped improve the quality of life of many. I was shocked! Why would he call my work cruel? If you are not a behavior analyst, your opinion about behavior analysis may be influenced by movies like Clockwork Orange, and media blasts about shock therapy and things like that. I can see how one would think that is cruel, but let me tell you, there are 50 shades of behavior therapy. 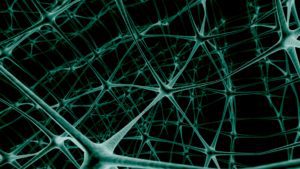 In essence, applied behavior analysis (ABA) is a person-centered, evidence-based therapy (here’s the behavior analysts code of ethics). Contrary to what many may think, we don’t want to “change people”, instead, we modify the environment around the individual, so that there is support for behavior change in the direction he or she chooses. However, not all behavior analysts are created equal. Those who are able to understand the behavioral webs that affect behavior, i.e. how your behavior affects mine and vice-versa, are better prepared to create behavioral programs that emphasize reinforcement and antecedent interventions rather than aversive procedures.

I have met many behavior analysts who are proud of “not letting the client escape”, or in layman’s terms, being able to sit through a tantrum, without giving in. During my training, it was recommended that I did just that—if the problem behavior is maintained by escape / avoidance, one must not reinforce it by letting the individual escape. Now, with years of experience under my belt, that is not what I recommend my supervisees. Think about it, who wins in this situation? You will have a client upset, crying, throwing a tantrum that sometimes results in aggressive behavior (kicking, punching, spitting at therapist), you will have a therapist that may be being hit, spat at, kicked, and, any one observing that interaction (parents, teachers, passersby) will think that behavior therapy is cruel. What amazes me is that the therapist who is so proud of being able to tolerate a tantrum, so she does not reinforce escape maintained behavior, does not realize, that while she is putting up with the tantrum the client is not engaging in the alternative behavior I hope she is trying to teach!!! 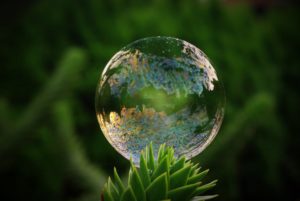 When behavior analysts are able to consider how the proposed intervention will affect the behavioral web, including those who are watching it, we are able to design interventions without the need to resort to aversive interventions. Punishment is a very effective procedure to reduce the likelihood of future behavior, but it is not the only way that one can achieve behavior change.  Just like in physics we say that two bodies cannot occupy the same space, two behaviors cannot happen at the same time. Teach the individual an alternative behavior that serves the same function of the target behavior and the more of the alternative behavior happens, the less the target behavior will.

Subscribe to The Behavior Web Newsletter, to learn more about how to use behavior analysis to reduce restrictive interventions, increase quality of life, and build skills.

This site uses Akismet to reduce spam. Learn how your comment data is processed.